[LEKCJA ANG.] The matter of respect

The topic for today is „respect at the workplace”.

Task 1.
Read the text below to get the general idea:

When asked the following question „what kind of treatment would you most appreciate at work?” a good deal of employees will undoubtedly say ‘”dignity and respect”. Among all respondents, the desire to be treated with regard seems prevalent.

According to Wiki, „respect” is a positive feeling of esteem or deference for a person along with specific actions and conduct which represent that attitude. It can also describe the sort of regard for the actual qualities possessed by the one respected.

Respect can be given, received, earned or built over time. Depending on an individual and circumstances it is either transferred with a position, social status advancement or inherited by a successor. In a company, it is most frequently earned or it usually comes with a job promotion. The most difficult situation is when respect has to be worked out or built over time. It requires a lot of self-discipline and perseverance, not to forget about hard work and consistency as well.

There are many ways to demonstrate respect at work, since actions speak louder than words, for instance:
– treating people with courtesy, politeness and kindness,
– encouraging colleagues and coworkers to express ideas freely and openly,
– listening to other people’s opinions before expressing yours,
– not criticizing or picking on employees,
– not putting down workers or calling names,
– praising rather than criticizing.

It is said that a respectful work environment reduces the potential for conflict, increases staff morale and results in lower work absenteeism or job turnover. It also contributes to higher productivity and friendlier atmosphere at the workplace. Having respect for colleagues generates respect for you, too. As Leslie Charles says, „treat others as they wish to be treated” and you will quickly see the fruits of your effort.

Task 2.
Study the text carefully and decide whether the sentences below are true (T), false (F), or the text doesn’t say (DS):

1. People really appreciate being respected at the workplace. ……

2. Many employees do not believe in dignity and respect at work. ……

3. The desire to be treated with regard is less important for workers. ……

4. Respect is usually associated with esteem and actual behaviour. ……

6. The kind of respect an individual has depends on circumstances. ……

7. Respect and trust are hardly ever transferred with a post. ……

8. Gaining respect requires a lot of time and hard work. ……

9. Criticizing people in front of coworkers is a standard practice. ……

Task 3.
Watch the video „Trust and respect …” and write Sa (for Sally), R (for Roger) and St (for Stewart) next to the sentences below:

1. ….… feels disrespected in the company he works for.

3. ….…. has showed a total disregard for corporate values.

4. …..… agrees with Stewart about the improvements he has made.

5. …..… does not appreciate the great job he is doing in the company.

7. …..… felt like hiding under the table in the staff meeting.

9. ……. feels much better at the end of the conversation with Sally.

10.……. promises to talk with Roger about the way he communicates with people. 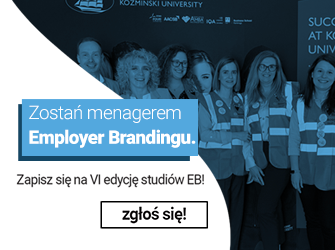