The topic for today is „call centers”.

Task 1.
Read the text below to get the general idea:

Round-the-clock services are operations provided 24h a day, 7 days a week by a vast majority of companies. Call centers seem to be the fastest growing sector, since they predominantly employ university graduates, low-skilled or inexperienced workers to perform usually mundane and regular back-office tasks, commonly referred to as customer service, in return for long working hours and low-paid contracts. The main idea behind call centers is, generally speaking, increased productivity and lower maintenance costs.

It is said that India has become one of the major suppliers of call centers for Great Britain and the USA, mostly due to huge numbers of English-speaking graduates. According to the recent studies, call centers in India have almost quadrupled their headcount in the past three years, reaching more than 350.000 employees. However, attrition rates, particularly in Delhi and Mumbai, have jumped to more than 50% a year. Human resource managers complain that the entire work culture has changed considerably in India over the last decades. In the past people took a job for life and never changed it unless they had a solid counter-offer. Nowadays, young workers quit the job even without anything else in the bag. On the other hand, emerging competitive companies come in and poach employees offering them higher salaries along with more attractive workplaces. Retaining them is an entirely different matter, though.

Many call centers try to help their employees deal with abusive calls, for instance, by offering special trainings. Other organizations introduce salsa classes to relieve stress. Still others open on-site recreational facilities to cope with work pressure, but in fact not much can be done, since most work in call centers is quite repetitive and very stressful, and, unfortunately, it is likely to remain so.

Therefore, the staff turnover in Indian call-center hubs will continue to pose certain problems for the global economy. However, despite high attrition rates, the number of call centers is expected to grow in the future.

Task 2.
Study the text carefully and chose the most appropriate meaning (a or b) according to the text:

1. „round-the-clock” means:
a) available all day and all night without stopping.
b) working very quickly because you do not have much time.

2. „a hub” means:
a) a bed for a very young child or a newborn,
b) the central and the most important part of something.

4. „to poach employees” means:
a) to hunt for people like for animals,
b) to attract people by offering them better salaries.

6. „mundane” means:
a) interesting and one of a kind.
b) dull, exactly the same and repeated many times.

7. „retain employees” means:
a) keeping the staff in a company,
b) reducing the workforce in an organization.

8. „a back office” means:
a) a building at the back of the office,
b) a supportive office or department in a company.

10. „headcount” means:
a) the number of people working for a company,
b) population in a country.

Task 3.
Watch the video „The new…” and decide whether the sentences below are true (T) or false (F): 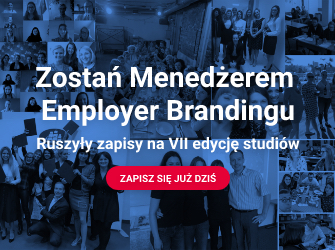